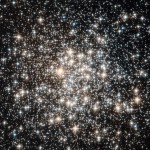 The Winter 2013 All Stars list has been posted (sorry for the delay!).  This list identifies the players active between September 1 and December 31, 2012 who achieved the top ten established (NWSRS or USCF) ratings by grade during that period. Those on this list, as well as the Spring and Fall lists to be published later in the year, or on the 2013 Lifetime Achievement List, will be invited to the 6th Annual OSCF All-Stars Invitational Tournament, which will be held in October 2013.  In the meantime, keep playing chess!