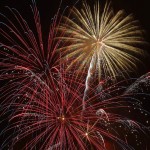 We have also posted the 2015 Lifetime Achievement list (the 25 scholastic players in the state with the largest number of rated NWSRS games), and the list of invited Order of the Knight members — i.e., those members who have played a NWSRS rated game between 9/1/14 and 8/31/15.

All these players, as well as those on the 2015 Winter and Spring lists, are eligible to participate in the 2015 8th Annual Oregon All-Stars Invitational, which will be held in Salem on October 9, 2015 (details and online registration will be posted here by September 13). You can find a master alphabetical list of all invited players here.  Congratulations to all of the invitees!