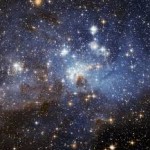 The Spring 2014 All-Stars List has been compiled for rated events completed as of April 30, 2014.  Do let us know if you think that we have calculated something incorrectly; we’ll check to see and add you as appropriate. Congratulations to everyone on the list!

All-Stars lists are published each trimester of the year. You are eligible to participate in the 2014 7th Annual Oregon All-Stars Invitational, which will be held in Salem on October 10, 2014, if you appear on any of the three All-Stars lists published during the year (in January, May, or September).  You are also eligible if you appear on the 2014 Lifetime Achievement list (to be published in September 2014).  Finally — and this is a new addition for this year — you are eligible to attend if you are a member of the Order of the Knight who has played a NWSRS rated game between 9/1/13 to 8/31/14.  If you’re not in one of those categories, keep trying — summer is a good time to make the list, which is calculated by taking the ten highest established NWSRS or USCF ratings per grade for active players during the last four months (so, May-August for the next list).  We hope to be able to see you in October!