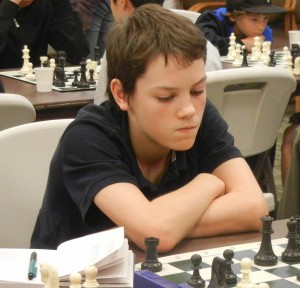 Aaron Grabinsky--Recent wins against three players rated over 1750 has him moving quickly up the ratings lists.

Because of lack of full teams but everyone wanting to play chess, all players including coaches and tag-alongs were put into a swiss sys competition. Team member wins were added to make the team score. This way the undermanned Marshfield and Myrtle Point teams could have a chance to play and the extra Varsity players from Coquille could also try out their skill. Three high ranking adults/coaches were included as Coquille wanted some tough competition to hone their skills.

Aaron Grabinsky took on Coach Randy Smolensky in the final round. Coach Smolensky for South Umpqua is highly rated at 1877. Aaron at 1631 was considered the underdog but won after identifying the tricky moves that Randy set up and responding by not taking bait. The Coquille Junior Varsity team placed first with final results: Aaron Grabinsky 5 wins, Josiah Perkins 4 wins, Hailey Riley 3 wins, Kaden Johnson 3 wins and Mason Collard 2 wins for a total of 17 points. 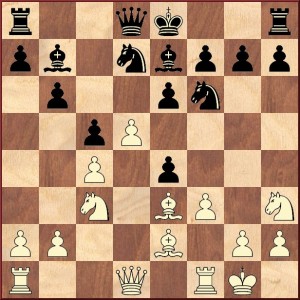 White just played d5 to earn a passed pawn, but Black correctly perceived that the pawn wasn't going anywhere and would be difficult to protect. 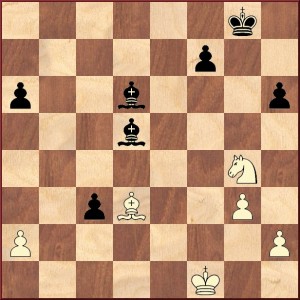 White just played Bd3. The response Bc4 would have been winning instantly. 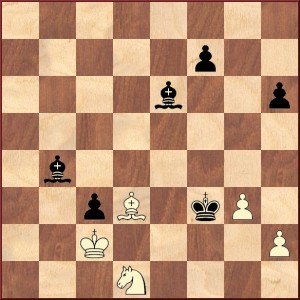 Black just played Kf3, and both White's kingside pawns will fall. It's all over but the formalities now.