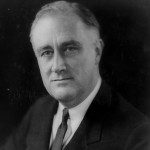 Thanks to all 208 players, along with their parents and coaches, who attended the 2016 Presidents’ Weekend Tournament at Robert Gray Middle School in Portland!  Top prize in the top Roosevelt section was shared by Gavin Zhang and Owen McCoy.  Congratulations to them and all the winners at the event.  A special thanks to all the parents and players who volunteered their time and assistance during the event.

A list of the team awards follows after the break; we will also add the sportsmanship nominations to this list as soon as we are able.

*for tiebreaks, we summed the place in their respective section(s) of the three players whose scores cumulated to make up the team score.  This is a variant on the combined team / tiebreak method used by USCF for combined individual / team events that is intended to take into account the different sized-sections that make up each team division at our tournament.  Lowest score wins.