The OSCF State Championship is the premier scholastic chess tournament in the state. OSCF will hold the 2021 State Individual and Team Championships Online via lichess.org and zoom.

Eligible players: All Oregonians in grades K-12 may play in the individual and team tournaments. There is no requirement this year for any qualifying tournaments or specified number of games.

OSCF Team State Championship on April 11, 2021
Sponsored by Chess for Success. Cost: $20 per player, $100 per team. Scholarships available to Chess for Success programs and schools with 50% or more low-income students. Contact oscf@oscf.org. Registration is closed.  See the 2021 Team Championship Details and Rules document for all the details.

Beneficiaries:
Quadlandia Season One had 8 episodes and raised over $2000 for Oregon chess clubs and non-profits affected by Covid-19. We’re currently selecting beneficiaries for Season Two, which will have 6 episodes. I’ll list beneficiaries on this page when decisions are finalized.

Schedule for Tournament
4:00PM: Registration Closes
4:15PM: Check email for Zoom Link and Section Assignments
4:30PM: Zoom Call Opens
4:45PM: Players must be logged on to Lichess and join the Zoom Call
5:00PM: Round 1
ASAP: Round 2
ASAP: Round 3
8:00: Tournament Complete

Many scholastic chess clubs are operating online, which means that they can accept players from other parts of the state (and beyond!). If you’d like to join a chess club that is functioning online, here are a few that we know about. (Click on the name of the club to visit their website.) Note that OSCF does not endorse any particular program; we are simply sharing information, and we encourage parents to research their options carefully.

Hosted by OSCF Vice President Chad Lykins
Thanks to chess coach and OSCF Vice President Chad Lykins, there is now a brand-new YouTube playlist where you can find videos that explain how to play chess on Lichess.org! Chad will be adding more content to this channel frequently, so keep checking back! (We’ll also post to our Facebook group each time a new video is available for viewing.)
Click here to see the YouTube playlist! 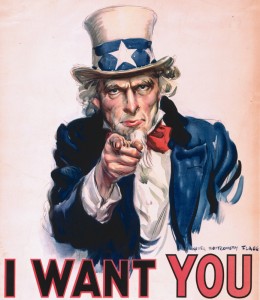 We want you for the NINTH ANNUAL Presidents’ Weekend Tournament! The Commanders-in-Chief have ordered up another excellent set of trophies and Presidential prizes for Saturday, February 13th, and we hope you will join us for a great day.

More details are available here.  We look forward to seeing you online this year!

December 1, 8, 15:  Tuesday Quads begin.  Typically, this is a 3-round round robin, with players sorted by ratings.  However, December, with its  5 Tuesdays,  offers the possibilities of additional games, so a different format may occur, depending on the number of players and their wishes.  Chess.com rated.

December 5 & 6:  PCC Winter Open Online.  This is a 4-round Swiss in 3 sections, so you will play others in a similar rating range. USCF Chess membership required.

To those of you who participated, thank you for being part of Quadlandia Season One. Together, we raised over $2,000 for chess clubs, food banks, and housing nonprofits in Oregon. Here is the complete list of beneficiaries.

Here are your overall winners for Season One:

The following awards are still TBA:

Quadlandia Season One accomplished everything I hoped.

As proud as I am with these results, I know we all look forward to Quadlandia becoming obsolete. Vaccines are already being given to front-line workers. At some point in the future, we will all be at our local chess clubs playing in person, rather than meeting over screens.

But that future is still months away. Most of us will not see over-the-board scholastic tournaments at least until Summer. And to help bridge that gap, we will have Quadlandia Season Two.

Until then, it’s important for kids to know they have things to look forward to:

Best wishes for a safe and happy Winter Break.

REGISTER NOW! Join us online in a festive, five-round chess tournament for all chess players in grades K-12. This fun tournament offers wonderful prizes. King’s Gift: Bonus award for middle school with most participants. Tiebreakers will be in favor of school with the best combined score. This tournament has been designated as an OSCF qualifier, and will be NWSRS rated; G30.

With a 3-1 record, we are now tied for first with Washington in the West Division. We play New Mexico next Wednesday, October 7 at 7:00pm PDT. Watch live commentary of our fifth round match against New Mexico on Nathan Wonder’s Twitch stream. Or follow the games of