Each year Oregon’s official USCF State affiliate club, the Oregon Chess Federation (not to be confused with the Oregon Scholastic Chess Federation), hosts an Oregon Jr. Closed Championship, which is a round robin invitational featuring the top six available juniors* in the state. The winner is declared the Jr Champion and gets his/her name engraved on a perpetual trophy that is passed down from winner to winner each year. In addition, if the winner is rated above 1900 on the January USCF ratings list and the event was completed before December 1, the winner earns an invitation to the Oregon Championship. This year OCF was unable to organize the event and deferred to OSCF’s Andrei Botez and Dan Dalthorp to host the event in January.

This year’s Oregon Jr Championship will be held on January 20-22 in Corvallis. It will be a six-player round robin with time control G/90 + 30 second increment, featuring a very strong field: 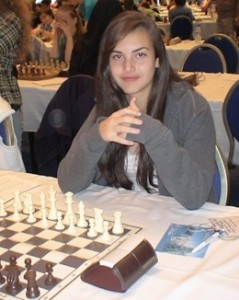 Alexandra Botez (2005), 11th grade, Clackamas
Alexandra moved to Oregon in 2009 and immediately made an impact on the scholastic chess scene, winning the top section at All-Stars and becoming Oregon’s top-rated female player, an honor she has held ever since. The following year, she won All-Stars again and tied for first in the high school elite section at the 2010 OSCF state championships in Seaside. But her chess successes extend well beyond Oregon. In 2011, she won the title for USA All Girls National Champion, and won a scholarship worth over $100,000 to UTD by winning the 2011 Susan Polgar National Open Girls Championship. 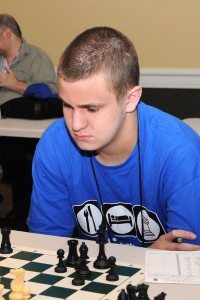 Calvin Parnon (1895), 10th grade, Corvallis
Calvin began his chess tournament career with a first place finish in the novice section at PE+ in Corvallis in December 2007. Almost overnight he entered the ranks of the top Oregon scholastic players. In addition to his obvious talent in “regular” chess, he has dominated a unique chess/running event. The tournament begins with a one mile run by all players and is followed by a chess tournament. In each chess game, a player gets the amount of time on his/her clock that his/her opponent took to run the mile. If your opponent ran a mile in five minutes, too bad! You have only five minutes to play your chess game. Calvin won first place in this event in 2009, 2010, and 2011. Calvin is home-schooled and especially enjoys studying chess history and theory. He also plays football and basketball and is interested in guitar-based rock and blues. 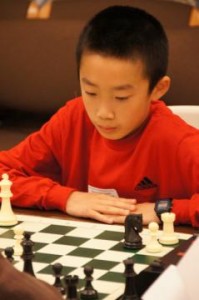 Maxwell Sun (1863), 6th grade, Corvallis
Max always seems to be at or near the top of the standings in every tournament he enters. For example, after winning the OSCF State Championship for grades K-1 in 2007, he went on to win four more State Championship titles in the next four years (K-1 in 2007, Primary School in 2008, Elementary School in 2009, 2010, and 2011). He’s been playing his best chess recently, finishing second only to Nick Raptis (2288) and tied with the state’s #1 rated player, Steven Breckenridge (2334) at both the Gresham Open on Jan. 7-8 and the Corvallis MLK tournament on Jan 16. He’s just a sixth grader this year and the only player in the group who is not in high school, but Max has proven that he belongs among the very best scholastic players in the state.

Steven Witt (1856), 11th grade, Hillsboro
Steven played his first rated tournament only a few years ago, but already he is firmly established among the elite scholastic players in the state. He earned an initial provisional rating of 830 in March 2008, but by March 2009 his rating surpassed 1600 — a pickup of nearly 800 points, an astounding achievement. By contrast, each year at the OSCF state championship, we honor all the players who improved their rating by 200 points during the previous year, and the list tends to be very short. Steven’s initial impact was even great than that of America’s strongest current player and at one point was the youngest American ever to earn the title of international Grand Master, Hikaru Nakamura–Hikaru only picked up 600 points in his first year. Like Max, Steven has been playing very strong chess lately.

David Wen (1786), 9th grade, Corvallis
David moved to Corvallis from Ohio in summer 2010. Immediately he made his presence known by becoming Oregon’s top-rated middle schooler and performing very well at tournament after tournament. He was the OSCF Middle School Co-Champion in 2011 and represented Oregon in the 1st Annual Barber Tournament of K-8 Champions in Orlando, Florida. 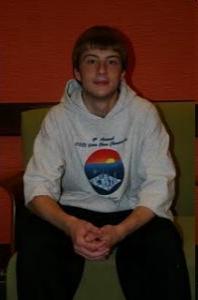 Matt Dalthorp (1776), 10th grade, Corvallis
Matt has been steadily and consistently improving since he began tournament play in December 2006. He plays very creative, energetic chess and is fully capable of beating a Master in a wild attacking game (e.g., at the Gresham Open this year), or accumulating small advantages and grinding out a win in an endgame. Recently, he has been enjoying playing blindfold simuls against three players at the same time. Matt enjoys playing chess and has a passion for performing music (piano and violin) and composing music.