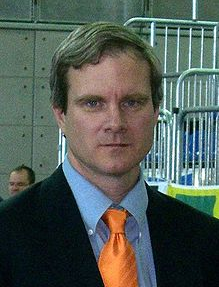 On Thursday, February 23 from 7:30-9:30pm at the Portland Chess Club, IM John Donaldson, captain of the 2016 US Olympiad team, will provide an inside look at how the US team won the 2016 Chess Olympiad in Baku by giving a talk and going over several games that were important to the US team’s victory. The event is free and open to everyone!

John has served as captain of the US Olympiad team twelve times since 1986. He is the author of over thirty chess books and has been director of San Francisco’s Mechanics’ Institute Chess Club since the 90’s.