Saturday, school was out and chess was in.

While high schoolers decorated the school for the evening dance, several classrooms were filled with competing chess players playing for trophies or cash prizes.  Participants came from Bandon, Coos Bay, Myrtle Point and Myrtle Creek.
In the Elite section, the more skilled Coquille players had a chance to try and beat an adult Class A player Randy Smolensky.  The games were intense and brutal but Randy managed to win all four of his games.  He said the games were tough and his opponents — Josiah Perkins, Jessi Ross, Marshfield’s Shawn Hutchinson and adult Jeff Sperling — were worthwhile opponents.  In the last game, high school arch rivals (only on the chess board) Jessi Ross and Shawn Hutchinson were paired and the game ended in a draw.  They will be competing against each other in the Coos Curry Regionals to represent the Coos Curry High School Individual Champion at the Chess for Success State Tournament March 4th. Smolensky won a clear first place in the Elite section with Hutchinson, Ross and Jeff Sperling in a threeway tie for second place. 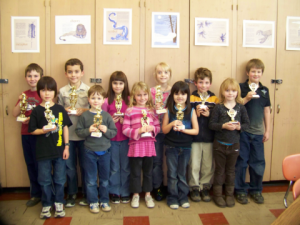 The Elementary Section had a small turnout due to the competing Boy Scout Winter campout.  A new face from Bandon, Marino Santoro (4th grade) ended up in a three way tie with  experienced Joshua Grabinsky (2nd grade) and Jed Wright (4th grade).  Expect to see the three of them vying for Coos Curry County 4th grade and under individual championship at Regionals. 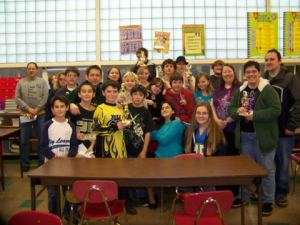 Trophy Winners in the Upper Division