Chess960 or Fischer Random
The very top chess players in the world spend a tremendous amount of time and energy analyzing openings and memorizing thousands of opening lines. Many dream of a new kind of chess that would free them from the onerous task of preparing opening systems and would reward players for their calculation and vision over the board more than their ability to prepare and memorize opening lines. The most successful effort was Bobby Fischer’s “Chess960” or “Fischer Random.” Instead of starting from the same starting position each game, the pieces on the back row are shuffled at random at the start of each game. Black pieces are placed directly across from the corresponding white pieces (e.g., if the white king starts on c1, the black king starts on c8). Two other constraints are also used:

With these two constraints, there are 960 possible opening positions.

Aside from the opening position, the rules are the same as in standard chess — including castling! The positions may start out looking strange, but after castling the king and rook end up in the exact same positions they are in after castling in regular chess. For example, with “a-side” castling for white, the king ends up on c1 and the a-side rook ends up on d1. With “h-side’ castling, the king goes to g1 and the h-side rook goes to f1 regardless of the starting position.

For example, suppose the starting position and the position after a few moves look like this: 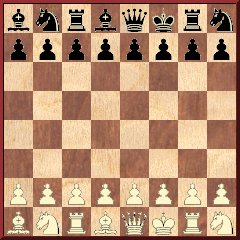 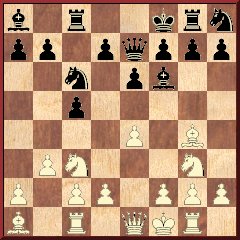 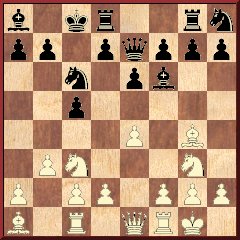 After Black castles a-side, the king ALWAYS ends up on c8 and the rook on d8 regardless of the starting position.

The other, standard castling rules also apply in chess960: