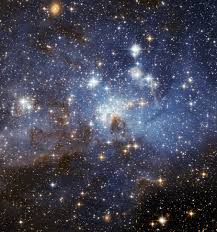 The Winter 2015 All-Stars List has been compiled for rated events between September 1, 2014 and January 1, 2015.  Find the full list here.  To be considered for the All-Stars, you must have been an active, Oregon-based, scholastic chess player in grades K-12 in good standing for the current trimester (in this case, September 1, 2014 through December 31, 2014) and have achieved an established rating. Players must have played at least one regular rated game (NWSRS or USCF) in the trimester. Rankings for those students are based on the highest established rating attained in the trimester, as determined by the maximum of the highest established NWSRS rating held during the trimester and the highest established USCF published monthly rating from the supplements published October 2014 through January 2015.  Do let us know if you think that you see something incorrect in the list, and we’ll check and add you if necessary.

All-Stars lists are published each trimester of the year. Any player on one or more of the winter, spring or summer lists — or on the 2015 Lifetime Achievement list (to be published next fall), or any member of the Order of the Knight who has played a NWSRS rated game between 9/1/14 to 8/31/15 — is eligible to participate in the 2015 8th Annual Oregon All-Stars Invitational, which we plan to hold in Salem in October 2015 (details to come in September). Congratulations to everyone on the list!