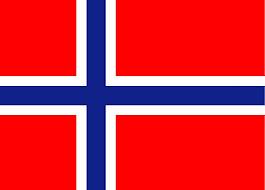 Syttende Mai is the Norwegian version of 4th of July or Cinco de Mayo, and, with one of the strongest tournaments in history wrapping up in Stavanger, Norway and with one of the strongest players in history being Norwegian, what better excuse could there be for Oregon’s top scholastic players to meet?
Most of the very top high school players in the state converged on Zion Lutheran Church in Corvallis to play the Syttende Mai Invitational last Saturday (May 18). Going by the most recent All-Stars list, it was the top two juniors, top three sophomores, and top two freshmen who played (with a couple of chess dads filling in as needed).

They played three rounds of G/90 + d5. After the battles were finished and the dust had settled, Matt Dalthorp (#1 Junior), Aaron Grabinsky (#1 Freshman), and Yogi Saputra (#1 Sophomore) were knotted in a three-way tie for first with 2/3. A half point back were Andy Trattner and Erik Skalnes (1.5), followed by Clemen Deng and David Wen (both at 1.0).

In the sub-battle of Corvallis vs. the rest, Corvallis came out on top with 5/9 in a close match. Stay tuned for a more detailed summary (with games and annotations) in next month’s issue of Northwest Chess.